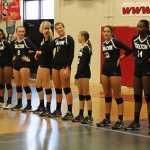 Please click here for a video clip of the latest MaxPreps national rankings with the Lady Raiders at #3.

The Lady Raider volleyball team has started the 2016 season quickly, notching 16 straight wins with no defeats. Among the teams the Lady Raiders have beaten so far are Buford twice (#1 in AAAAA), South Forsyth (state runner-up in 2015), Etowah (state semifinalist in 2015), Columbus (AAAAA state champion in 2015), Woodward Academy, Westminster (twice), 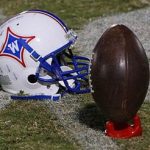 The varsity football team will host neighborhood rival Pope on Friday, September 2nd, at 7:30pm in Raider Valley. The game is a “Teal Out” in honor and support of Walton teacher Christina Diaz and her family in her fight against cancer. The program will begin at 7:00, so please be early and wear your teal! Other

The Walton Raider football team, cheerleaders, and band are set to open the season in the Georgia Dome as part of the 25th annual Corky Kell Classic. The Raiders will face the Norcross Blue Devils on Saturday, 8/20, at 2:45pm in their 11th appearance in the CKC. The game will be the third of five 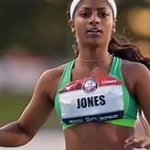 Tia Jones, a sophomore track & field athlete, has been busy the last few months. In May, Tia led the Lady Raider track & field team to a 7th place finish at the GHSA State Meet, winning the 100 hurdles in 13.40 seconds after setting a state record of 13.20 seconds in the preliminary rounds.

Three Lady Raider athletes were named State Players of the Year in their respective sports by the Atlanta Journal-Constitution recently. Celeste Fitzgerald, a May graduate and libero on the volleyball team, concluded her stellar high school career by leading the Lady Raiders to the 6AAAAAA State Championship in the fall, the third of her career.

Carter Kieboom, a May graduate and starting shortstop for the Raiders this spring, was selected with the 28th pick in the first round of the 2016 Major League Baseball draft by the Washington Nationals. Carter has a long list of baseball accomplishments, including leading his team to the 2016 AAAAAA State Championship against rival Pope

Raiders News · May 31 Walton Athletics: The Year in Review

Congratulations to all the athletes and coaches who contributed to make the 2015-16 school year an extremely successful one for Walton Athletics. While winning state championships is not our only measure of success, four teams and six individuals did accomplish this amazing feat this year. Among the teams to win state championships were Volleyball in the fall 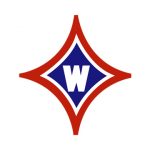 Raiders News · Mar 17 Welcome To The Home For Walton Sports

Fall sports are up and running and this year the Raiders will feature an online presence that will cover our schools athletic programs like never before. Follow your favorite teams at www.waltonathletics.com as well as on Twitter @waltonathletics. Stay tuned for more details and exciting news!