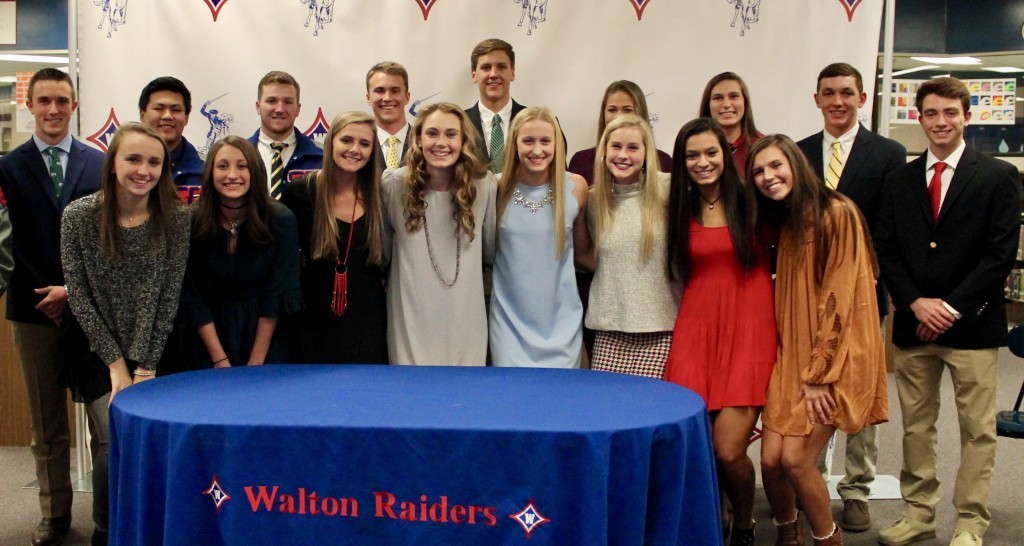 Seventeen Walton student-athletes signed National Letters of Intent to continue their academic and athletic careers in college on the first day of the early signing period Wednesday, November 9, 2016, the most ever at Walton to sign during one signing period. Each of these current Raiders participated in the Signing Night event in the Media Center at Walton on Wednesday evening, sharing their past successes and future plans with family, friends, coaches, and teammates. 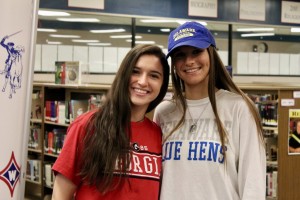 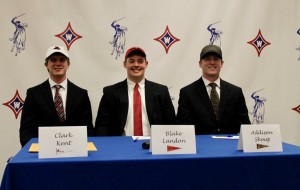 Three Walton Raider football players and two soccer players signed National Letters of Intent on Wednesday, February 1, 2017, to continue their academic and athletic careers in college. The February signing date, reserved for these two sports, saw soccer players Helen Dyer sign with the University of Delaware Blue Hens and Delaney Erwin with the Georgia Bulldogs in a morning ceremony in the Walton Media Center in the company of family, coaches, and teammates. In an evening ceremony in the Media Center for the football players, Clark Kent signed with the Lindenwood University Lynx, Blake Landon with the Rhodes College Lynx, and Addison Shoup signed with the Lehigh Mountain Hawks.

Congratulations to each of these tremendous student-athletes on all of their hard work and accomplishments that have afforded them the chance to continue their athletic careers in college, and thank you for the positive way you have represented Walton High School.